With less than 6 months under its belt, the HeForShe campaign has made brilliant strides in the movement for gender equality. Even more recently, the campaign made an appearance at the Oscars, with Steve Carell sporting HeForShe cufflinks and Patricia Arquette including wage equality in her acceptance speech. 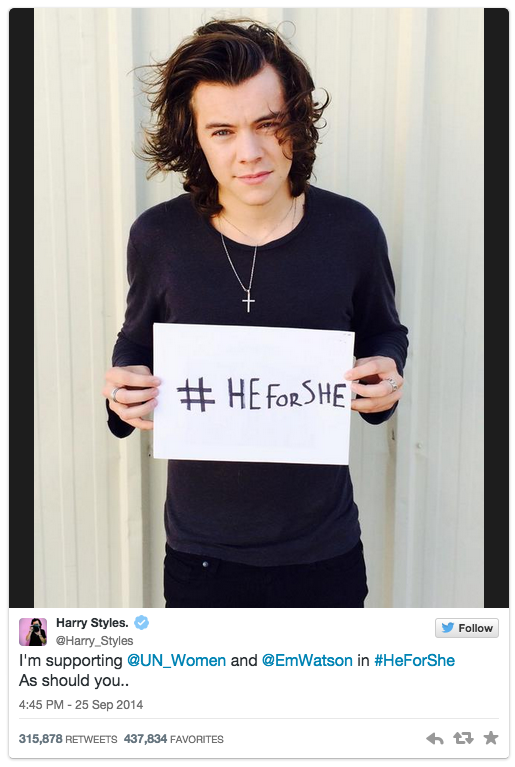 Emma Watson is the spokesperson for this UN Women’s campaign, which aims to involve and engage men and boys as agents of change for the achievement of gender equality.

The goal has been set to engage 1 billion men and boys by July 2015 to which 222,837 of that has already been achieved. See what actors, royalty, musicians and presidents are saying about the HeForShe campaign. Join them and sign-up. Learn more about the campaign and visit WWW.HEFORSHE.ORG